Advent - Who is the Christ we expect "will come again"?

Who is the Christ we expect “will come again”?
Jennifer Phillips 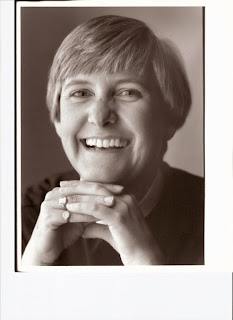 After reading Amy McCreath’s blog post, “The advent of Advent,” I found myself saying, “Amen!”

After a vey busy Fall with fundraisers, worries about a new roof, big public events, etc., I have called the congregation I serve to keep a quiet Advent season, right up until Christmas, with no big events save the Holiday play which will take place on December 8th.  I’m asking us to take a break in our dense education schedule, encouraging people to center and be quiet and pray - having already suggested that people get their Christmas shopping done before Thanksgiving and rest and play with dear ones for the holidays. I find having nearly everything done by the First Sunday of Advent really helps mark the transition.

I am ruminating this year on how it is that, having had Jesus as an ikon of the invisible God and a ruler in powerlessness and self-emptying, we have simply moved all our expectations and desires for a powerful, army-leading, world-conquering Messiah forward in time to the eschaton.

What does the Holy One have to do to persuade us that the divine reign is not and will not be like that? At least I don't think so.

Are we any different than those folks on the road to Emmaus saying "…and we thought he would be the one to save Israel," unable to see the Presence most of the journey?

Here's the crass simile: If you saw those Twilight movies and read the books (a small subset of you, I know, will admit to this), despite the literary ending in which the great final battle is averted (by a mutual assured destruction), the film manages to include the great final battle scene anyway, by a little twist of plot. (If you missed Twilight, try James Bond - same endings.) Hollywood - and we - cannot imagine a dark and light confrontation that doesn't end in carnage, massive destruction, and conquest by force.

Into the world of such expectations, God chooses to enter as a baby, an itinerant healer/preacher, a humiliated and executed criminal. It seems we are still looking for a super-Caesar.

Jennifer M. Phillips, a past member of APLM Council and former editor of Open, is a presbyter serving as Rector of St. Francis Church, Rio Rancho, NM.
The author of many published articles, prayers and poems, Jennifer is the author of Preaching Creation and Prayers for Penitents from Cowley Publications. She edited Ambassadors for God: Envisioning Reconciliation Rites for the 21st Century (Liturgical Studies Series, 5) from CPI.

She has served on the Standing Commission for Liturgy and Music of The Episcopal Church.
Posted by aplm2013.blogspot.com 1 comment:
Email ThisBlogThis!Share to TwitterShare to FacebookShare to Pinterest

Prayers for Lighting of Advent Candles

PRAYERS FOR THE LIGHTING OF ADVENT CANDLES 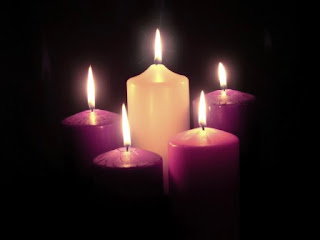 An Advent wreath is customarily a circle of greens, sometimes with berries and blue or purple and pink ribbons, with four candles around the circumference. These may be all white, or three purple and one pink (for Rose Sunday, the third Sunday of Advent - which is traditionally dedicated to Mary – but now sometimes observed on Advent 4 when the Marian Gospel story is read in the Revised Common Lectionary). Each Sunday, a new candle is lit, with a prayer, until all are burning. A fourth white Christ-candle may be put in the center and lit on Christmas Eve. The Scripture lessons for the Sunday may be read as candles are lit by the gathered household. If your candles burn too low, it’s fine to replace them, and don’t let the greens dry out and become a fire hazard. You can use votive lights in glass, tapers, or columns in the wreath - if the candles are big enough, you might burn them during a Sunday family meal. There is another set of prayers for a wreath in the Book of Occasional Services available from Church Publishing Inc.

Prayers for use with an Advent wreath:

I.
Come, O Holy One,
as the morning light after a wakeful night!
Keep us mindful that at any moment you may ask of us
an accounting of our lives;
help us to love you and love one another in all we do,
and so clothe us with your light
that we may bring others to love you also,
through Jesus our Savior. Amen.

II.
Come, O Holy One,
as the water of life and refiner's fire!
Strengthen us with courage for your work of justice
that in all the creation and among every people
your peace may be established
and your joy abound,
through Jesus our Deliverer. Amen.

III.
Come, O Holy One,
breaker of chains and renewer of life!
Open our eyes to your presence in all the earth.
Stir us to proclaim gladly the signs of your love:
the liberation of those oppressed,
the healing of those frail and broken,
springs of water in all the parched places,
and Jesus Christ risen and alive, through whom we pray. Amen.

IV.
Come, O Holy One, as the beloved child, Emmanuel!
Soften our hearts and open our arms  for your coming
that we may make this a place worthy and warm,
kindly and safe for all your children,
in the name of Jesus. Amen.

FOR THE OPENING OF GIFTS or Christmas Eve
Glory to you, Giver of all good gifts!
We offer you glad thanks and praise
for every blessing from your love,
and especially for the best gift of yourself
in the child Jesus. Amen.

Jennifer M. Phillips, an Episcopal priest, is Rector of St. Francis Church, Rio Rancho, NM, and a former member of APLM Council. She has published poetry in many poetry journals, and her articles on social justice, AIDS, sexuality, and liturgics have appeared in Christianity and Crisis, The Witness, Episcopal Life, The Living Church, and Anglican Theological Review. She is the author of the book Preaching Creation, and Prayers for Penitents from Cowley Publications, Simple Prayers for Complicated Lives, edited Ambassadors for God: Envisioning Reconciliation Rites for the 21st Century (Liturgical Studies Series,5) from CPI, and is a major contributor to collections of prayers and liturgies now in use in the Episcopal Church: Enriching Our Worship series, and Gleanings: Essays on Expansive Language with Prayers for Various Occasions, (Meyers, Petingell, eds) both from Church Publishing.

The advent of Advent

The advent of Advent 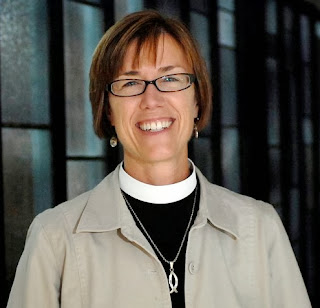 I am writing this posting from the guest room of a monastery, where I am taking a day to breathe deeply before plunging into the "holiday season." I am on retreat not just from my own busy schedule and pastoral overload, not only on retreat from banners announcing that McDonalds will be open on Thanksgiving and Black Friday discounts will start at midnight at Best Buy, not only on retreat from Facebook  and gmail and texts with emoticons.

I am also on retreat from "the advent of Advent."

...It all seems to boil down
to the fitting of things in,
the insertion into almost non-
existent spaces in the daily round
of moments of potential magic…..

If you are reading this, you're probably someone who really cares about Advent. I do, too. But my invitation to you (and myself!) today is to loosen our vice grip on the season ahead; to make room for silence; to not have a cow if we don't get to sing our favorite Advent hymn or if the guest preacher shows up in a purple stole that clashes with our blue hangings.

The people we accompany in our parishes and chaplaincies desperately need to see us "keep the main thing the main thing," because it's really hard for them to do that, too. So tell them something about the meaning of the season, but not everything. Maybe say one thing well, rather than everything at great length. Breathe. Breathe again. Be quiet. Be quieter.

Amy McCreath is a presbyter serving with the Church of the Good Shepherd, Watertown, MA, and a Council Member of APLM. Amy blogs at http://www.livingwatertown.wordpress.com
Posted by aplm2013.blogspot.com No comments:
Email ThisBlogThis!Share to TwitterShare to FacebookShare to Pinterest
Newer Posts Older Posts Home
Subscribe to: Posts (Atom)