God whose unpronounceable name is Life:
when your people were a barren tree
you fed and watered us;
when we wandered in fear
you led us by fire and promise and your law;
when we gave ourselves up to corruption,
you drove evil out of us and raised us up
through your Anointed One, Jesus,
our Rock and Salvation,
through whom we give you praise!

Jennifer Phillips is a member of APLM. She has served as a member of Council and as editor of the APLM journal Open.
Posted by aplm2013.blogspot.com 1 comment:
Email ThisBlogThis!Share to TwitterShare to FacebookShare to Pinterest 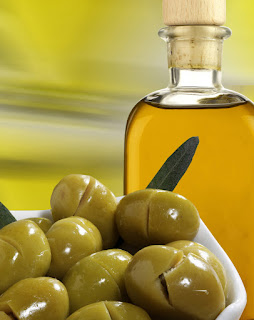 As we think about Holy Week our focus is usually on Palm Sunday and then the Great Three Days. What the BCP (USA) and the BAS (Canada) offer for between them is limited – the Daily Office and propers for Eucharists on Monday through Wednesday. The American Prayer Book lectionary offered an alternative Gospel reading for Thursday of the institution of the Eucharist from Luke rather than the foot-washing reading, I presume to offer the opportunity to omit foot-washing or perhaps for a Eucharist earlier in the day.  With the adoption of the RCL that option is no longer provided. It is fairly common to see Eucharist offered each of the first three days and perhaps a daytime Eucharist on Thursday for those who cannot come to an evening celebration.

There are two other events in those first days of Holy Week that are common – Tenebrae on Wednesday evening and a diocesan Eucharist with clergy renewal of ordination vows and in many places blessing of oils.

There are many sources for Tenebrae, including the Episcopal Church’s Book of Occasional Services.  This rite is a monastic observance from the period before Vatican II when the Eucharist could not be offered after Noon. Thus the Maundy Thursday Eucharist with foot-washing was celebrated on Maundy Thursday morning and to keep the morning free for that, the offices of Matins and Lauds for Thursday were celebrated on Wednesday night.  (Likewise in monastic use at least, there was also Tenebrae for Thursday night and Friday night in order to leave the next mornings free for the proper liturgies of those days.) The question for me at least is what is the purpose of Tenebrae when the Triduum liturgies are now celebrated at night? Is Tenebrae a living rite or the rehearsal of a no longer needed rite celebrated for nostalgic purposes?  I wonder.

The Eucharist for Ordination Renewal and Blessing of Oils (in many dioceses now celebrated earlier in Holy Week rather than on Maundy Thursday) is a merging together of three different rites with differing purposes and rationales:

- Commemoration of the Last Supper
- Blessing of oils, especially Chrism for the Easter Baptisms
- Renewal of ordination vows, with the Roman Catholic emphasis on the Last Supper being the establishment of the priesthood.

Many of us may see in this a piling on of meaning that obscures the movement of Holy Week itself by overlaying the primary meaning of Maundy Thursday with other themes.

While in the past it might have made sense to bless the oils in Holy Week, the provision in the American BCP for bishops to consecrate chrism for baptism when the bishop visits the local parish would seem to suffice for keeping a supply on hand in each congregation. And since oil for anointing the sick can be and usually is blessed by the priest at need, there is no point for a bishop to bless it in Holy Week.

The renewal of clerical ordination vows was first added on Maundy Thursday by Pope Paul VI during the changes following Vatican II to ensure that Roman Catholic priests would renew their vows of celibacy, a concern of the Vatican in those days. Somewhere in the 1970’s Episcopal bishops started doing the renewal in imitation (though, obviously, without the vow of celibacy).  The Roman Catholic rationale was its teaching that Jesus established the priesthood at the Last Supper, something that is not generally taught in Anglicanism.

Some dioceses now have a renewal of ordination vows at their annual clergy conference rather than in Holy Week and that seems to many liturgists a better plan (if such a general renewal is considered something that really should be done).

What is being done on these days in your congregation and diocese? What discussions take place concerning these days?

Perhaps the first three and one half days of Holy Week would better be devoted to the Daily Office and Eucharist when possible, as a kind of retreat to prepare us for the Paschal observance that stretches from Maundy Thursday at sunset to Easter Day at sunset.

Michael Merriman, a member of APLM Council, is a presbyter serving Church of the Transfiguration in Dallas, Texas.
Posted by aplm2013.blogspot.com No comments:
Email ThisBlogThis!Share to TwitterShare to FacebookShare to Pinterest

Many of us feel impatient with Lent. We’re not used to fasting, not used to almsgiving, not used to waiting for what we want. So even when we try these things, we want them to be over quickly. It seems so . . . unproductive. We know what’s coming, “so let’s get to the good part”. Let’s get to the Easter celebrations, the baptisms, and all the feasting that rightly belongs in Christian life.

Others enjoy Lent (and Advent) more than any other season. They know what’s coming, and they enjoy waiting for it. No cutting to the chase, they’d rather say, “let’s give ourselves time for the grace of it all to sink in!” It gives them life.

In some ways, we are all like that fig tree that Jesus talks about in the gospel for Lent 3 this year. In every life there is some deadness, but in the worst times we look exactly like that tree. Totally dead. Unproductive. Ready to be cut down. Pilate no longer rules, but there are others who willingly take his place in cutting others down and shedding the blood of “offenders”. There are other towers that can fall on people and kill them. Sometimes it gets so bad, so hopeless, that people are ready to cut themselves down.

But Jesus seems to want all of us to see that there is a Gardener who gets to have the last say. The same Gardener of Eden. The same Gardener of Gethsemane. The same one who speaks outside the Empty Tomb­—he who is “mistaken” for the . . . gardener. There is a hand that seeks to reach out and stop the axe, stop the killing, stop everything that leads to death.

Jesus told them a parable about an orchard owner who was frustrated by a barren fig tree and ordered the gardener to cut the tree down. "Sir," pleads the gardener, "let’s nurture it, care for it and give it one more year."

That is a clue to what is coming. It is a clue to the time we currently inhabit. A clue to what the in-breaking reign of God looks like. In the midst of all that is brutal, there is this merciful gesture that refuses to give up on the barren and the broken, that beautiful voice that says, "Let’s give this one more year.” Let’s give this one more year. It could be the year for figs. 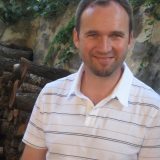 Todd Townshend is Associate Professor of Contextual Theology and Director of Field Education at Huron University College, London, Ontario. He serves as editor of OPEN, the journal of APLM.
Posted by aplm2013.blogspot.com No comments:
Email ThisBlogThis!Share to TwitterShare to FacebookShare to Pinterest

God, Wellspring of joy:
replenish us in barren times;
lead us out of our habits of captivity
and into your country of promise;
In trouble, in emptiness of life, in sorrow,
let us never be separated from you,
that we may build in the wilderness an altar
and offer our whole hearts
to your renewing fire
and delivering mercy;
through Jesus Christ who gave himself for us.