Preaching plays a pivotal role in raising the church’s sights and summoning it to the place where it might be caught up in God’s renewing activity. Since the first Christian generation, heralds of the good news have given testimony to the risen Savior set loose from the tomb and raised up as Sovereign of the universe. They have declared where he is to be found so others might know his presence and see with new eyes, hear with new ears, speak with new voices and step into the new order instigated by his risen life. 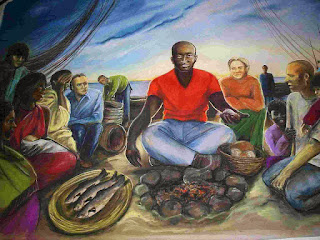 Of course, there is a paradox in this proclamation. For the need to announce where Christ is present arises in large part from the stark experience of his absence. As a popular song by David Haas sings, “We walk by faith, and not by sight…We may not touch his hands and side.” Thus, the privileged task belonging to today’s preachers is also our great challenge. Thankfully, we do not grapple with it alone. It was faced by those who penned the pages of our New Testament, too, and they engage it head on in today’s lections.

One of the great aims of the Gospel first addressed to the beloved disciple’s community, the biblical tome popularly called John, is to fuel the belief of those who have not encountered Christ “in the flesh.” So the Evangelist claims to describe what he has seen and heard. What is more striking, however, is how the beloved disciple is portrayed in the account. This disciple comes to believe not because he hears his name spoken or is given the opportunity to lay eyes and hands on the crucified One who lives. Rather, he first believes simply on the basis of peering into an empty tomb. Gazing upon an absence, he believes. “Blessed are those,” Jesus later announces, “who have not seen and yet believe.” 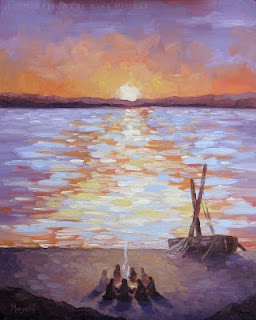 Chapter 21 is the coda in which this theme is sounded again. The setting echoes characters, images and incidents found elsewhere in Scripture. There are members of the Twelve who have been featured before: impulsive Peter, concrete Thomas, guileless Nathanael, and the passionate boys of Zebedee. The scene is cast in the recurrent Johannine interplay of darkness and light. There is a miraculous catch of fish resembling the initial calling of the disciples as described in Luke. The Eucharistic overtones of a bread and fish breakfast on the beach resonate with the earlier feedings of multitudes. As happens in other post-Resurrection scenes, we observe devout individuals who are slow to recognize the risen Christ. Again, it is the beloved disciple, without seeing him, who first identifies the Lord; he perceives the risen One on the basis of the haul of fish. It is this and other familiar signs which bring about the perception that the Christ is in their midst.

This story about the original witnesses of the Resurrection is complemented by the dramatic account of Paul’s experience on the Damascus Road. Paul does not see the risen Christ in the flesh. Rather, he comes to recognize him in the very people he has been persecuting. He is embraced by Christ, too, through a man who engages in risky hospitality and confident witness. As a result, the ministry of one of the gospel’s most insightful and effective advocates is launched. 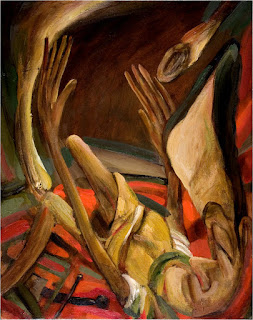 The passage from Revelation provides another vantage point from which to perceive the risen Christ. This song of praise to the Lamb is a political act announcing that it is Jesus who reigns, not Caesar, nor any ruler or system of this world. The hymns of Revelation most likely occur in the middle of oppression. Though they were part of God’s heavenly kingdom, our first ancestors in the faith lived, too, in the earthly kingdom of the Roman Empire, which demanded ultimate allegiance. Thus, they are given a glimpse of all nations, all powers, all creation joining in their liturgical doxology. Christ remains present and, through his Passion and Resurrection, now reigns over all things. Revelation provides a lens, then, through which the tribulations faced by the ancient church could be seen through the sure and certain promises of God.

Today’s stories, like all those of Easter, reveal what happens to people when encountering the risen Christ. They are icons of the ways he may be recognized today.

Here is a Blessing/Benediction that may prove suitable for your
liturgies this Sunday:

It is suggested that the “Alleluia” response be sung.

Presider:       May your hearts be open to welcome Christ.
Seek his presence and be filled with radiant joy.
Assembly:     Alleluia!

Presider:       May your eyes be open to perceive Christ.
Know his presence in those unseen by the world.
Assembly:     Alleluia!

Presider:       May your lives be open to reveal Christ.
Be his presence and let others see he lives.
Assembly:     Alleluia!

Presider:       May the blessing of the One who feeds and forgives you,
comforts and calls you,
gathers and sends you,
be with you now and always.
Assembly:     Alleluia! 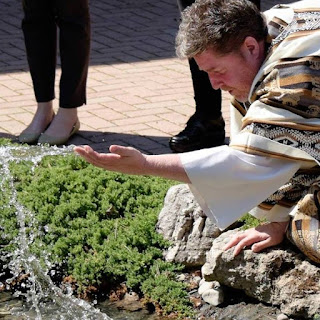 After many years’ experience as a pastor and professor, Jay Koyle serves as Congregational Development Officer for the Diocese of Algoma, and chair of Faith, Worship and Ministry for The Anglican Church of Canada. He is past president of The Associated Parishes for Liturgy and Mission, and is featured regularly as a conference speaker in the United States and Canada.

“Early in the Morning,” by Alan Stewart
https://joninbetween.blogspot.com/2014/02/

“The Conversion of St. Paul,” by Arturo Rodriguez
http://www.arturorodriguezart.com/artwork/caravaggio-project-2008-11-work-in-progress