The Sunday readings during the season of Lent are organized “backwards”, as it were.  Although on any given Sunday the Gospel Proclamation is greeted with acclamations before and after, and in many of our churches, with processions, candles, and incense, it is the first reading – selections from the Hebrew Scriptures – leading us through the history of salvation during these weeks.  The biblical texts for the second Sunday of Lent in Year C cluster around identity – what does it mean to be the people of God?  What shall we do about it? 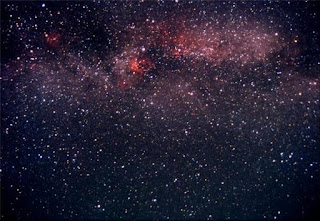 In Genesis, we hear the beginning of the covenant relationship between the Lord God and a particular people.  “O Lord God, what will you give me…?”  What good are riches, Abram (NB: not yet “Abraham”) demands, if there is no one to whom they may be passed?  The answer he receives is oblique, evocative: “Go outside and count the stars, if you can! So numerous shall your descendants be.”  The promise is ultimately that of family and identity – that an elderly, childless couple shall not themselves be “the end of the line”, and that there will be a place in the world, a particular place on earth, for them and those who shall come after them.

In his letter to the Church in Philippi, Paul reorients his hearers away from an earthly citizenship and identity to one grounded in the dominion of God, expressed in the here and now, but not limited to any particular place or time. In contrast to those whose “…minds are set on earthly things”, Paul urges his hearers to recall the good news they have received, to be “of the same mind…that was in Christ Jesus”(2:2, 5) whose free and gracious offering of himself has set in motion the transformation of the cosmos. They are exhorted to follow in that self-offering, trusting that their own struggles and suffering will be “conformed to [Christ’s] glorious body, by the power that also enables him to make all things subject to himself.”  In other words, Paul tells them that their sufferings shall not be “the end of the line” either, but rather will be incorporated and transformed in the divine economy.

In the Gospel passage, Jesus is confronted by “some Pharisees.” Whatever their intention may be, whether benevolent or malicious, Jesus addresses them as messengers of the power structure and gives them a message of his own.  “Go and tell that fox for me…on the third day I finish my work.”

As Christians we cannot hear the words “On the third day” and not have our ears perk up.  “On the third day” inevitably brings to mind Jesus’ Passover – the Three Holy Days of crucifixion and resurrection – and all of Jesus’ predictions pointing to the Paschal Mystery.  Of course, we are in Lent; our way points to our Three Days of Christian Passover and our participation in the Paschal Mystery. 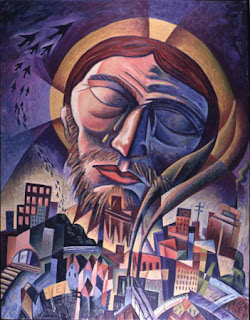 When Jesus speaks his grief over the city, outside of which “it is impossible for a prophet to be killed”, he employs the remarkable metaphor of a mother hen gathering her chicks under her wings in protection.  It is an almost shocking domestic and feminine image, in contrast to the imperial power of city-states, kings, and emperors, symbolized by the mention of Herod.  “How often I have longed…but you were not willing!  See, your house is left to you.”

If we suppose that the “house” Jesus mentions is a reference to the Jerusalem Temple (as is commonly understood), then we discern interplay with the first reading for this Sunday.  Where the passage from Genesis creates the expectation of “a house(hold) of identity”, the Gospel calls out the error of too closely linking that identity to a particular location, building, or institutional structure.

What are the ways in which we have perhaps mistakenly located our identity as Christ’s followers in some particular place or custom?  How have we resisted Christ’s desire to “gather us under his wings” by our unwillingness, or clinging to habits or practices that do not serve our journey of faith?  How might we, in word and action, discover and acclaim “the One who comes in the Name of the Lord” in our own time and place? 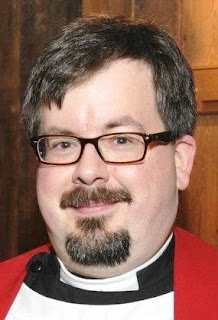 The Reverend Dr. Jason Haddox is a presbyter serving St. Michael’s Episcopal Church, Norman, Oklahoma.  He is a graduate of the Seminary of the Southwest, Austin, Texas, and earned his Ph.D. from Drew University, Madison, New Jersey.  He is President of The Associated Parishes for Liturgy and Mission.

This reflection, which has been slightly revised, was posted previously for the 2nd Sunday in Lent, 2016.

“Man of Sorrows,” by James B. Janknegt.