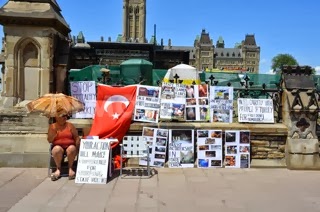 When I was a young adult, my desire as a Christian was that people would see a visible difference in my life, a life devoted to fighting poverty, caring for the needy, making the world more just.  Becoming a deacon and staying one was part of that zealous decision.

It wasn’t hard at first to get involved in projects that I thought would make a difference (starting a literacy program, opening a community health centre, providing support for women fleeing domestic violence, organizing a food bank, starting a social housing development).

But I didn’t expect to meet so much resistance, indifference, or active opposition. Most people I talked to weren’t interested in these worthy initiatives, grant applications were often turned down, even my church tended to ignore or worse, undermine these efforts.

Exhausted and discouraged, I realized I had to learn to pray.  I learned about contemplative prayer and meditation, but I wish I had remembered Jesus’ stories about banging on doors in the middle of the night or threatening to give the powers that be a black eye!  It certainly is how I felt!

Earlier this summer I reflected in this blog on another passage in Luke 11 where Jesus encourages perseverance in prayer.  He has just finished teaching that when you pray, say, “Give us this day our daily bread.”  Then he tells the story of a man who wakes a friend in the night and asks for three loaves of bread to feed an unexpected guest.  His friend refuses.

Jesus’ message is, “Keep at it. You’ll get your bread eventually because of your persistence if nothing else.”  Ask, he says.  Search.  Knock.

The action has progressed since the telling of that story.  Jesus and his disciples are approaching Jerusalem and the air is heavy with expectation.  The Pharisees have just asked, “When is the kingdom of God coming?”  He tells his disciples that the days are coming when they will long to see the Son of Man, and that the Son of Man will come in the way that lightning does – a sudden flash of light that just as suddenly disappears.  A brilliant glimpse of extraordinary power. 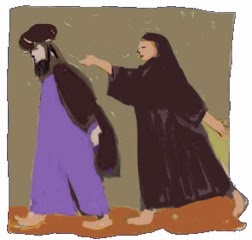 Again, Jesus tells a story to encourage persistence in prayer.  This time it’s not a man asking a sleeping friend for bread, but a widow badgering an indifferent judge for justice.

I am struck by the language of justice in this passage.  It’s not about “making” justice but either asking for it – clamouring for it day and night, or granting it.   Most Christians in North America have been on the granting side of justice – they have enjoyed economic advantage, decision-making power, disproportionate access to the gifts of the earth.   Yet there are many in our streets, and certainly in other parts of the world, who would gladly give us a black eye in their quest for justice.

If I were preaching, I would reflect on some of those groups and individuals.  I would ask who the importunate widows are in our communities and in world news.

In Canada, our Aboriginal communities have been asking for justice day and night – restitution for the damage caused by residential schools, treaties that have not been kept, mining practices that threaten their sacred lands and territories.  They have asked for justice in lawsuits, at barricades, in fasts, in dances and demonstrations.

Recent demonstrators in front of Ottawa’s Parliament Buildings have given voice to every possible cause.  Some have asked for climate change policies that will encourage renewable energy, others for positive changes in maternity care, others for changes in immigration policies.  In June, a sole woman protested in solidarity with Turkish activists.

Aung San Sui Kyi has asked for justice most of her life, enduring decades of house arrest and exile from her family as she struggled for human rights in Burma.  Nelson Mandela spent twenty-seven years in prison on Robbin Island, waiting for justice – not for himself only but for all the people if South Africa excluded from justice by apartheid.

Some people are the seekers of justice.  Others have the power to grant it.  As ones who have been baptized, we have made promises to “continue in the apostles teaching, in the breaking of bread, and in the prayers”, to “to resist evil”,  “to strive for justice and peace among all people, and respect the dignity of every human being.”   We can persist in these promises because God is not a sleeping friend or an indifferent judge, but One who longs to give bread and grant justice to those who ask and search and knock day and night.  May it be so.

Maylanne Maybee, a member of APLM Council, is an Anglican deacon serving in the Diocese of Rupert’s Land.  She is Principal of the Centre for Christian Studies, a national theological school based in Winnipeg, Manitoba, Canada, that prepares women and men for ministry in the diaconal tradition of the Anglican and United Churches.