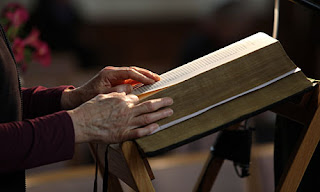 Every time this clip from the third Gospel pops up in the lectionary, a chorus of commentators names it as the most difficult parable in the New Testament. The character it features and the supposed moral of the tale sound so counter to anything we think Jesus stood/stands for. Thus they wring their hands and wonder how a preacher is to deal with the apparent scandal implicit in the parable.

I don’t want to suggest that it poses no challenge or offense. However, the passage doesn’t appear all that scandalous to me, at least not in the way many tend to portray. Any scandal it carries, to my reckoning, echoes what we’ve encountered over the previous three or four Sundays at least.

Part of the problem in grappling with this little gem is that, for the most part, today’s church and its preachers have misplaced their eschatological lenses.

There was a time when Christians commonly lived in tiptoe expectation of the Kingdom of God. They understood themselves to be a new creation through baptism, a people gathered as an alternative society shaped according to the coming and imminent Reign of God. Indeed, much of what we have in the New Testament was penned to restore this vision when the cataracts of despair clouded the eyes of faith and obscured the landscape of hope.

Therefore, just as we need to don special glasses for the blurry images of a 3D movie to jump from the screen with crisp resolve, so eschatological lenses provide definition for most of what is going on in chapter sixteen of Luke. 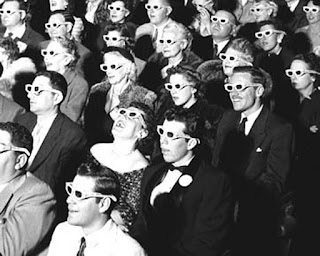 "Make friends for yourselves by means of dishonest wealth," says Jesus. It sounds like the rabbi from Nazareth says it’s ok for his followers to use questionable proceeds in the service of godly causes. Or maybe he is just echoing our ecclesial discomfort with matters monetary, the persistent dualism that differentiates between “spiritual” and “temporal” concerns in church life.

“Dishonest wealth," however, is a misleading translation of Luke’s text. A better rendering would be “the currency of this unrighteous age." In other words, it is not the cash that is corrupt, but rather the culture. Jesus isn’t pitting good money against bad. He is talking about all money, indeed, all of our resources. And Jesus is offering some rather counter-cultural, “off the wall” investment advice to boot.

As a gift when I was first ordained, I was enrolled in a fairly intense financial course. Navigating the tricky terrain of the stock market, managing personal assets, determining whether to sink money into bonds or real estate, deciding when to risk and when to “play it safe,” even knowing with whom I should associate and spend both time and money – all of these were covered in ways designed to shrewdly parlay a modest income into substantial, long-term gains. The underlying presumption of the course was that through the many social and political changes I would witness over the years, the market economy would be the one constant. Therefore, wisdom dictated that I handle my resources accordingly so there would be much to show for my many years of work by the close of my “career.”

Jesus, however, offers different advice because, as he sees it, the days of the current system are numbered. The empires and powers, the glamour and norms of the current age are passing away. Already God has “brought down the mighty from their thrones, and lifted up the lowly…filled the hungry with good things, and sent the rich away empty.” Thus, it is shrewd to invest in the emerging Kingdom established by the raised-up, crucified Messiah.

In another course, I heard Tom Long unpack this parable using the analogy of Confederate money in 1863. A savvy investor knowing the “Greyback” was the currency of a doomed sovereignty, he reasoned, would have invested it in something of lasting value; something that would still be an asset after the Confederate dollar became worthless.

“Make friends for yourselves by means of dishonest wealth,” the Lukan Jesus counsels, “so that when it is gone, they may welcome you into the eternal homes.”

He has offered this investment advice before. “When you give a banquet,” he said, “invite the poor, the crippled, the lame, and the blind. You will be blessed…repaid at the resurrection of the righteous." (Luke 14.13-14) Your investment will prove wise because it is to these that the Kingdom of God belongs. (Luke 6.20)

So, this Sunday, name the ways your congregation does or can invest in this way.

Do you feed the hungry? Offer hospitality to strangers? Provide shelter to those without a roof? Are there opportunities to do so?

Too many congregations invest in nothing more than their survival, simply serving themselves, squandering the riches of the gospel.

The shrewd, hope-filled church invests in the world that, even now, is emerging by the grace and power of God. 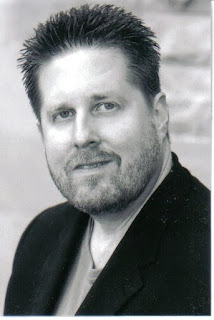 Jay Koyle is president of The Associated Parishes for Liturgy and Mission. He serves on the Primate's Task Force on Hospitality, Christian Initiation and Discipleship Formation (Anglican Church of Canada).
Posted by aplm2013.blogspot.com
Email ThisBlogThis!Share to TwitterShare to FacebookShare to Pinterest