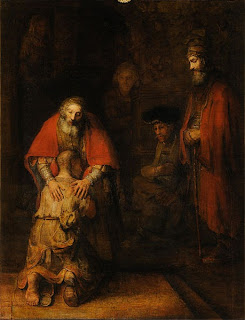 Nearly twenty years ago, I went on a retreat during a time that I needed to be reminded of God’s mercy. The text that animated my reflections throughout those days of solitude was Henri Nouwen’s The Return of Prodigal Son.

Until that point in my life, various experiences had prompted me to identify readily with both the younger and elder sons in the famed Lukan parable. I reasoned that prayerfully calling to mind those times would quicken my memory, directing me to the mercy I needed to recall.

However, something strange and disturbing and wonderful happened as I read and reflected and prayed. Nouwen’s book both challenged and welcomed me to identify not only with the two boys, but also with the Father, to allow God’s prodigality to find embodiment in me. The insight and the experience it engendered have exerted their influence on my life as a disciple and church leader ever since.

When Jesus preaches a parable, he is painting a vivid picture of God: who God is, how God acts, what God's Kingdom is like. These pictures are offered in the hope that we might step into them – that we might be shaped to resemble something of the One they present, that our life together might display the reality to which they point.

This is true of the parables found in the fifteenth chapter of Luke’s Gospel. Confronted on his unusual choice of dinner companions, Jesus answers his critics by pulling out his sketchbook and drawing a frantic shepherd who wanders off in worry, leaving his flock to find one little, lost sheep. When he finds it, he throws it over his shoulder, calls together his friends and says, “Let’s have a party!” 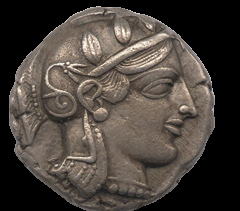 Then Jesus flips the page and produces another sketch, a poor woman sweeping obsessively to find a misplaced coin. When she finds it, she throws a big bash that I suspect cost at least the value of the recovered coin, if not more. "That's what God is like," claims Jesus. "This is what life is like in God's Reign!"

Then he turns and asks, "Which one of you would not do the same?"

Well, to tell the truth, few of us would, at least not without being touched and transformed by the One who acts in such a prodigious manner.

The picture of Paul we see in the First Letter to Timothy is of someone who has been touched and transformed by the prodigiously merciful God. (I know, I know – but we will avoid the question of authorship for now and take the epistle at face value.)

From what we can tell, Paul enjoyed a reputation as an upstanding, model Pharisee: persistent in prayer, generous in giving, strong in faith, loyal to God’s law. In short, this was someone who would make a solid pillar in any one of our congregations. Yet here Paul designates himself as head honcho in the company of sinners.

Despite his apparent excellence of life, Paul’s encounter with radical mercy reveals his radical need. What is more, this encounter transforms the apostle so that, through him, God might “display the utmost patience,” making Paul an example to those who would come to believe in Christ.

Make no mistake! The writer of this epistle is not focusing on his sinfulness. This is no mournful dirge. Rather, this is doxology. Here is a preacher standing as sign and witness, extolling the gracious initiative of God and the infinite dimensions of God’s mercy.

This Sunday, it would be a worthwhile aspiration for today’s preacher to do the same. I am not suggesting that you should deliver a personal testimony in place of a sermon. I am, however, encouraging you to echo the epistle's doxological tone and present “evidence” you recognize because of your deep encounter with a living tradition, and a living Lord!

So keep an eye out as you move among your congregation, survey the headlines, and take in the world around you. What displays of God and God’s Kingdom do you see there? Where do you spot evidence of people and situations touched and transformed by the prodigiously merciful God? Where do you discern “parables” that reveal who God is, how God acts, what God’s Kingdom is like? How can your observations encourage and empower your listeners to allow God’s prodigality to find more profound embodiment in them?

Jesus Christ is the living parable of God’s radical mercy, the picture of the promised and imminent Kingdom. I pray our preaching this week will inspire the baptized to reaffirm their place in that picture so they, too, become living parables. 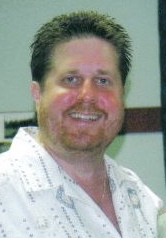 Jay Koyle is president of The Associated Parishes for Liturgy and Mission.
Posted by aplm2013.blogspot.com
Email ThisBlogThis!Share to TwitterShare to FacebookShare to Pinterest