Note: The official calendar regards the day as indicated. For congregations engaged in trial usage of an expanded Advent season (see www.theadventproject.org ) this is Adonai (Lord of Might) Sunday. The designation for the Sundays in this schema are taken from the Messiah’s scriptural titles as found in the Great “O” Antiphons. In either case, the readings and psalms are identical.

One way or another, these readings, including the alternative canticle or psalm selections, all make it abundantly clear that the focus is now on the Kingdom of Christ / Reign of God. And within this focus, the readings are bent toward the full manifestation of God’s reign. This is the second Sunday since the Feast of All Saints that this has been the case. Not only is there a change in the season’s weather, there is a definite change in the atmosphere of our thematic readings from the long green season following Pentecost.

Three words spring to mind to shape the Sunday’s homily around this “reign of God” Advent theme: hope, flourishing, and fulfillment. There is, first of all, “hope” expressed for what John Dominic Crossan calls “God’s great clean-up of the world.”[1] The apocalyptic vision in the Daniel reading sounds that eschatological note, introducing a prelude to the Christian hope. The wars and conflicts of human history must come to an end in order for justice and peace to prevail. 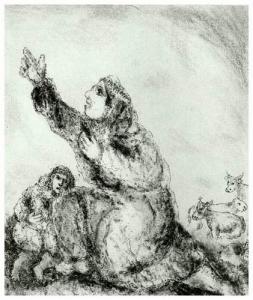 But what will be the quality of such peace and justice? Here is the question of flourishing, not just for individual souls, but for the human community in toto. Both Psalm 16 and the preferable canticle Song of Hannah (a prototype of the social program set forth by Luke in Mary’s Magnificat) show themes of “flourishing” with, in, and under such conditions abound. What makes for the good life, in other words, gives substance to the atmosphere of hopeful expectation.

The eschatological theme is taken up in a less apocalyptic manner with the Hebrews lection. Here questions around how present behavior is to promote the desired conditions of peace and justice are broached. With the motivating “all the more as you see the Day [n.b.] approaching” the aspect of “fulfillment” or full manifestation of God’s reign is introduced.

Like most of us, key disciples (the usual Peter, James, & John plus Andrew) want to know “when?” And, as usual in Mark’s Gospel, they are misguided in their question and deficient in their expectations. At first hearing, the Gospel lection may seem a bit grim because it implies that what Crossan calls “the normalcy of civilization” (i.e. war and conflict, violence and destruction) will continue. But on Mark’s reading, Jesus sets forth the situation as context for the birthing of God’s reign in human history. Thus hope, flourishing, and fulfillment are brought together in the person and work of Jesus as the Christ. 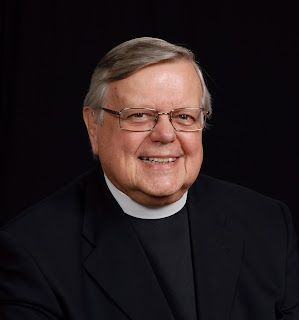 [1] A phrase for the “end times” first articulated in his God & Empire: Jesus against Rome, Then and Now (2007) and further elucidated in the more recent  How to Read the Bible & Still Be a Christian (2015).
Posted by aplm2013.blogspot.com
Email ThisBlogThis!Share to TwitterShare to FacebookShare to Pinterest