John is a wild man on the margins of society who refuses to be tamed. John came to the right time and place as anyone dressed like a wild man, shouting words of God’s coming judgment to anyone who would listen, would land themselves in a mental hospital if not a jail these days. 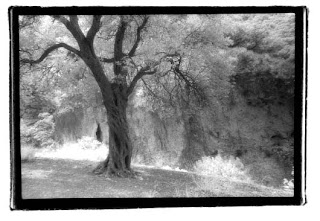 It seems almost preposterous to think that the actions of a single person could make even the slightest difference in the great sweep of human history. But if we pause to think about it for a moment, it seems as if a single person making the right stand at the right time has done more to change history than all the mobs that have ever taken to the streets.

Rosa Parks refusing to give up her seat on a Montgomery City Bus. Mahatma Ghandi leading by non-violent example when all India seemed ready to erupt in a blood bath. And, on the edge of Tienamen Square a lone Chinese dissident halted a column of tanks by sheer will and personal courage. The Rev. Martin Luther King Jr. speaking on the steps of the Lincoln Memorial. Archbishop Desmond Tutu having to shout words of peace to an angry mob in a South African township.

The Jewish Historian Josephus gives us an account of John the Baptist that both agrees with and fills out the picture we get in the four Gospels and Acts. Josephus describes John as a good man who exhorted the Jews to live righteous lives. Josephus says John taught the Jews to “practice justice toward their fellows and piety toward God and in so doing to join in baptism.” In this John was no innovator. The message was essentially the same “Love God and love your neighbor as yourself” written in the Old Testament and destined to be preached by Jesus and his disciples.

Look in our reading for this coming Sunday how the Pharisees and Sadducees, two of the key sects within the Jewish faith came out to John. He could have greeted them warmly, thankful that some of the religious movers and shakers of the day were seeing things his way. Instead, John blasted them “You brood of vipers! Who warned you to flee from the wrath to come?” 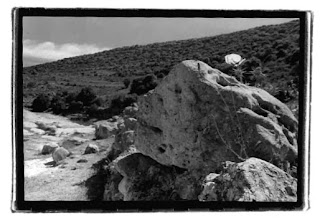 I won’t be trying that method this Sunday. But there is something enduring in John’s approach for those of us with a robust view of baptism. In our Gospel reading for this morning he says, “Bear fruit worthy of repentance.” Repentance means saying that you are sorry for the things you have been doing wrong, the sins in your life. But repentance also means stopping doing the things you know are wrong and starting to do the things you know are right. To bear fruit worthy of that repentance meant to act like someone who had changed. If you left the banks of the Jordan soaking wet, but unchanged then John would say that his baptism had been for nothing. John knew that a more lasting, more affecting baptism was coming with the Messiah, but in the meantime, John was counting on real life change on the part of those he baptized.

In one sense, John is still out there in the wilderness. Christianity never did tame John the forerunner. In fact, the Bible is unashamed to note that while John pointed to Jesus as the Messiah, he never became a disciple of Jesus himself. In the sermon next Sunday, we will continue a two-week look at John the Baptist as we see ways in which John later wondered about his own predictions of the Messiah. But this Sunday, we are left on Jordan’s banks, watching and waiting.

As I pray my way toward Sunday, I want to be captured by John’s words as they haunted the people who were driven out in the desert to hear him for themselves: “Bear fruit worthy of repentance!” 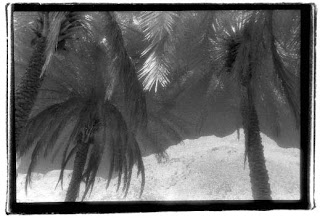 No, we cannot earn our way to heaven by mending our ways. But, yes John’s message is still true.  If we want to avoid the scorching heat of his blast against the Pharisees and Sadducees as a Brood of Vipers then we should ponder if our lives are changed in any way because we are Christians. What would fruit worthy of repentance look like in our time? In our lives?

Frank Logue is a member of the APLM Council having served previously as its secretary. He is the Canon to the Ordinary of the Diocese of Georgia and blogs on congregational development at http://loosecanon.georgiaepiscopal.org

Photos by Frank Logue. To go with the voice crying from the wilderness, Frank prefers the wild places of Israel over the Jordan River. These three photos are from a trip he took in 2000. ‘Olive tree’ and ‘Poppy’ are while he hiked with his wife and daughter from the Mediterranean to the Sea of Galilee. ‘Oasis’ is taken at Ein Gedi near the Dead Sea.