Note: The Anglican Church of Canada lists this Sunday as “The Last Sunday after Pentecost” and adds “The Reign of Christ” while the Episcopal Church only indicates “Proper 29 ” without further designation. For parishes in an expanded Advent (www.theadventproject.org ) it is Rex Gentium Sunday, continuing the use of the Messiah’s scriptural titles as found in the Great “O” antiphons. In all cases, the readings are identical, while a canticle replaces RCL’s Psalm 46.

This feast is less than a hundred years old. Christ the King was added to the calendar by Pope Pius XI in 1925. It was originally instituted as a counter to nationalist, communist, and fascist claims upon peoples’ ultimate loyalty. In a pre-ecumenical age, however, it provided an offense to Protestants by placement on the Sunday before All Saints’ Day, viz. Reformation Sunday. The force of that original slight was, however, removed by Pope Paul VI in 1969 when the solemnity of “Our Lord Jesus Christ King of the Universe” was changed to its present location. The stated rationale for the change was to make clearer “the eschatological importance of this Sunday.” Nearly all churches following a liturgical calendar have adopted the feast and it is noted as a title for the day in the RCL. Thus, whether the Sunday is seen as an “end of time” (Last Sunday after Pentecost) or as the third Sunday of an expanded Advent, the eschatological focus that marks the weeks after All Saints’ Sunday until the week before Christmas is not only continued but emphasized. For those following an expanded Advent, it is obviously fitting to employ the Rex gentium “O” antiphon to designate this Sunday. In all cases, the original point of the feast in regard to ultimate loyalties remains the same. For the preacher, the challenge is to help people to understand and live in terms of the “now and yet still more to be manifested” of God’s reign. 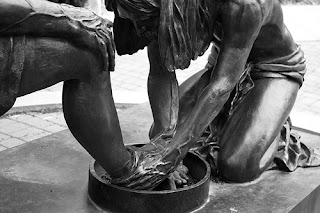 Reflections on the Lections

Jeremiah 23:1-6. The majority of this passage has an interesting history for Anglicans. In BCPs from 1549 through 1928 it represented the singular instance in the liturgical year when an OT reading appeared in lieu of “The Epistle” Not found in Roman lectionaries in this place, but retained from the Sarum Missal by Cranmer, it amazingly anticipates by some centuries a central feature of the present festal designation. Its appearance in the RCL for “The Reign of Christ” represents an affirmation of Cranmer’s wisdom. The expansion of the reading backwards from an eschatological start at vs. 5 (“The days are surely coming”) to vs. 1 of Jeremiah 23 (“Woe to the shepherds”) is comprehensive. The inclusivity of the judgment announced by the prophet tells as much against dysfunctional and divisive ecclesial leadership as it does against destructive and deadly civil rule of whatever form. The prophet, speaking for the Lord, envisions a better future. 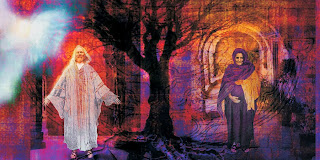 Canticle 16 (TEC) / 19a or 19b (ACC). How that better future has been made present, is being manifested, and will be brought to completion is the burden of this canticle substitute for a psalm which normally appears in this position. The NT canticle is, of course, the Benedictus or “Song of Zechariah” – the prophetic utterance about John the Baptist as harbinger of the Messiah which the Lukan evangelist puts in the mouth of John’s father when he is finally free to break the silence imposed upon him by his initial incredulity regarding his child. In the mouths of Christians today it continues to be a sublime affirmation of the vision given to and through Jeremiah. The canticle fairly begs to be sung and the forms for this are plentiful, ranging from plainsong to Anglican chant to excellent hymn paraphrases.

Colossians 1:11-20. There is probably no passage in the NT that is more powerfully appropriate to this Sunday. This is especially so in terms of its understanding of the implications of Christ’s sovereignty. The icon of Christ Pantokrator comes to mind (“he is the image of the invisible God”). In terms of intellect Christ as logos is primal and final generative wisdom and reason (“all things have been created through him and for him” – Alpha & Omega, in other words). In terms of affect, Christ is the cause, focus, and means of our worship (“to endure everything with patience, while joyfully giving thanks to the Father”). And, in terms of volition, Christ is at the center and the circumference of all that makes for unity and harmony (“in him all things hold together” or, better, “coinhere” or find their inner connectivity). These aspects of doctrine, liturgy, and polity all work together for the human community then by a singular act of reconciliation, i.e., as Christ was, is, and will be “making peace by the blood of his cross.” How can such claims by Christians be made cogent, attractive, and operative? Only insofar as we understand, value, and act upon the fact that is at the heart of this passage as a direct implication of our Baptism, namely, as we have been “rescued from the power of darkness and transferred...into the kingdom of [God’s] beloved Son.” Preachers can note that the eschatology of this passage is entirely free from any hint or taint of apocalyptic, that is, of force or violence from the side of Divinity. 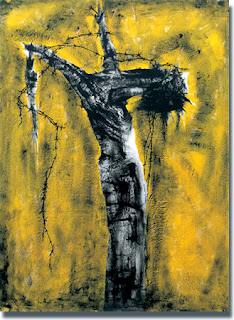 Luke 23:33-43. The antitype of kingship or sovereignty as “the world” understands it is nowhere more aptly portrayed than in Christ’s crucifixion. Hymnographers of the early church such as Fortunatus clearly understood this in setting forth in Pange lingua and Vexilla regis the multivalent image of God in Christ as “reigning from a tree.” Jesus’ words of forgiveness to his enemies; his endurance of the mockery at the very moment of salvation – whether from the mob’s shouting or the earthly ruler’s cruel two-edged jest in the sign affixed over his head; and his mercy extended to the repentant thief in this passage all combine to establish both the fact of the kingdom’s present and continuing reality and the enduring quality of the sovereign. What remains for the preacher is effectively to connect the fact and the quality of the sovereign with us, members baptized into his body, for our life and mission.

The collect for the day is the one in either BCP 1979 or BAS 1985. For those following an expanded Advent one effective way of marking the Sundays is to use as a gradual each Sunday a single verse with refrain of Veni, Emmanuel. Thus for the Reign of Christ it would be: “O come, Desire of nations, come.” 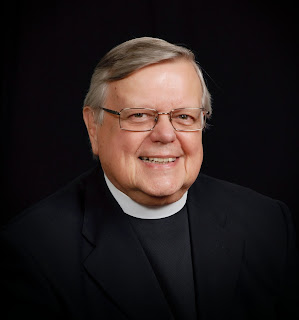