Cultivating Hope: Ready or not, Advent is now

Cultivating Hope
Ready or not, Advent is now

“…the Lord’s Supper is not to be regarded in terms of mystery and cult, but eschatologically. The congregation at the table is not in possession of the sacral presence of the Absolute, but is a waiting, expectant congregation seeking communion with the coming Lord. Thus Christianity is to be understood as the community of those who on the ground of the resurrection of Christ wait for the kingdom of God and whose life is determined by the expectation.” ~ Jurgen Moltmann 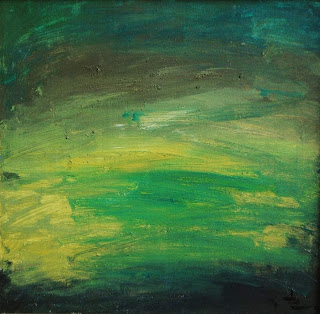 Though the season does not start officially for almost another month, the atmosphere of Advent already surrounds us. Beginning with the Feast of All Saints, there is a pronounced eschatological flavor to the parables, prophetic pronouncements and apostolic writings served up by the lectionary. The eschatology featured, however, is not of the “Left Behind” vintage, individualistic in emphasis and violent in character. Rather, it carries the assurance that God’s promises of peace, justice and reconciliation will be realized in our world. Thus, both catechumens and the baptized can allow their lives today to take the shape of God’s tomorrow, living in the full confidence that God’s promises will be fulfilled.

Perhaps one of the most important dispositions today’s church needs to recover, and needs to share with the inquirers and catechumens in its midst, is the biblical understanding of hope. Most of us tend to have a rather anemic understanding of hope. Too often we equate hope with wishful thinking, optimism, or a “stiff upper lip” in the face of despair. However, hope is much more robust and transformative. 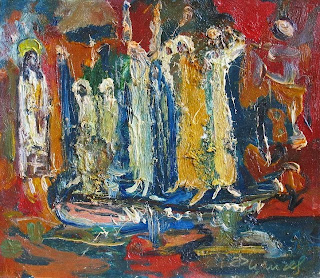 When God raised Jesus from the dead, God inaugurated a new humanity and initiated the fulfillment of all things. A conviction writ large in the New Testament is that God’s promised future has already begun in the death and resurrection of God’s Messiah. So hope is living today in the certainty that God’s promises will be fulfilled. Hope is living as though what we believe will happen in the end is as good as done already.

What does this mean for baptismal formation in the weeks ahead?

First of all, in catechumenal or other small groups gathering for Scripture reflection and prayer, address the following questions as you engage a text:

·      What characteristics of God or God’s Kingdom are evident?
·      What promise for the world do you hear?
·      Where have you seen or experienced this action of God, tasted this promise of God in your life? In the church?
·      Do you see God at work in the world fulfilling this promise? If yes, where? If no, what would it look like if God were doing so?

Preaching and devotions should also speak to such questions. The congregation’s missional behavior, for example, can be named as ways the church shapes its life today according to the promised, imminent and certain Kingdom of God. (Example: we feed the hungry because in the Kingdom of God all are well fed.) Likewise, the prayers and music of worship can start to take on the cadences of Advent.

This orientation throughout your congregation’s life at this time of year can help catechumens and baptized alike cultivate a posture of hope rooted in the Word made flesh and serve as a needed counter to the consumerist proclamations ramping up in the world around us. 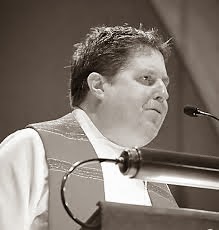 Jay Koyle, president of APLM, is a specialist in congregational development serving in The Anglican Church of Canada. This post originally appeared in the All Saints’ Day ENews of the North American Association for the Catechumenate.