The Preacher’s Study
First thoughts on next Sunday’s sermon,
1st Sunday of Lent

All three readings make use of mythological characters — in Genesis a talking serpent, in Romans a dominion named Death, and in Matthew the Devil incarnate.  This may seem a perilous form of communication, but it is an unavoidable necessity.  Biblical revelation entails naming the delusions that wield power over us and enslave us, alienating us from God and the ways of God.  The Bible makes the unseen visible through this mythological naming, enabling us to acknowledge and renounce the claim these powers have on us. 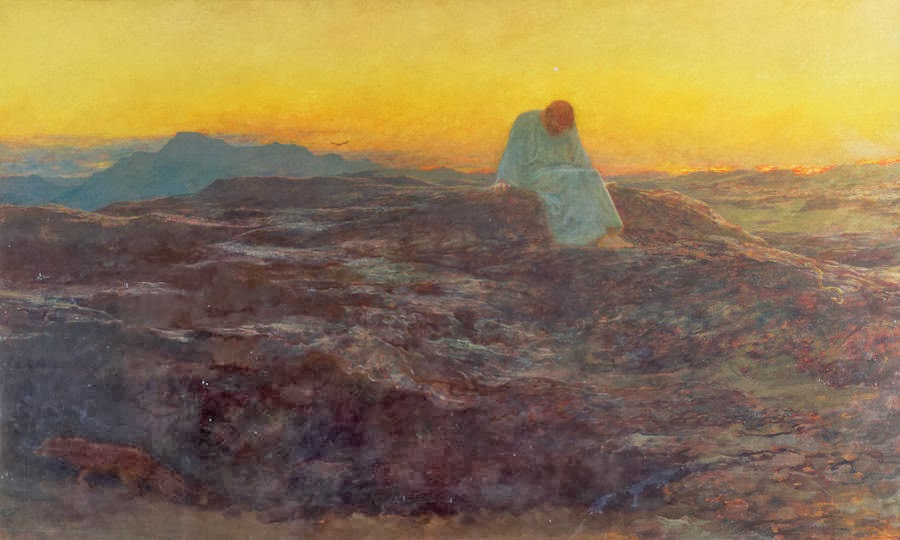 Lent summons us to search the dark places inside us, acknowledge the times we have given in to temptation, and face our sins — to name them, understand them, and seek forgiveness for them.  Only then can we be free from the terrible effect that sin has on our lives and on creation.

The forbidden tree in the Garden is not distinguished by its special attractiveness; all the trees are “pleasant to the sight and good for food” (2:9).  Adam or Eve had apparently never even thought of tasting the prohibited fruit until the serpent raised the issue.  The prohibition merely served as a reminder of human limitations and a warning against acquisitive desire.

However, the serpent’s question exaggerates the prohibition in order to stimulate resentment.  Clearly, Eve is infected by this innuendo, for she too exaggerates the prohibition. The serpent promises her that “your eyes will be opened, and you will be like God, knowing good and evil.”  What her eyes are ‘opened’ to, however, is seeing God as her rival.  Once Eve has been seduced by this suggestion of divine rivalry, her inevitable response will be to enter into this rivalry herself, abandoning her former trusting relationship with God. 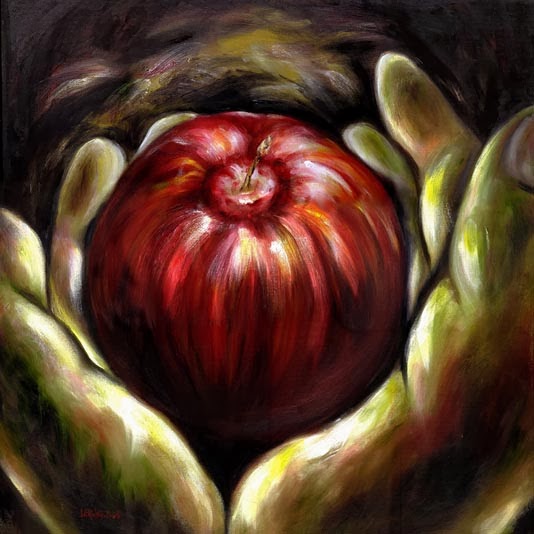 This is a story, not about our biological ancestry, but about our cultural ancestry.  We are formed by a culture of rivalry.  We desire what others possess or desire.  What others possess tempts me to think that I am lacking something myself.  I begin to see myself through the eyes of others.  Eve did not know what it was to lack anything until she knew envy; then she forgot that her very being is the gift of a generous and loving Creator.

The temptations of Jesus constitute the second half of a larger account of the beginning of Jesus’ mission; the first half is the story of his baptism.  Both halves are intimately related (even though the lectionary separates them); the temptation is the inevitable outcome of the baptism.  But their separation suggests that each half introduces a distinct aspect of Jesus’ mission, and that each aspect is worthy of separate treatment.  Thus, the story of Jesus’ baptism launches the period following the Epiphany, while the story of his temptation launches the season of Lent.  The first aspect is Jesus’ manifestation of the coming Kingdom of God; the second is the developing resistance to that Kingdom (which he embodies), leading to his execution.

The temptations of Jesus portray the essential conflict between the Kingdom of God and the kingdoms of this world which we will see developing through the subsequent Lenten gospel readings.

In the story of his baptism we are introduced to the defining character of Jesus’ life: he is the Father’s Son, in whom the Father takes delight, the Son who delights to do the Father’s will.  He is the true ‘Adam’ who is content to know himself as he is known by the Father, the one on whom the Spirit rests like a dove, for he is the new creation risen from the flood.  Then, like ancient Israel, after passing through the waters, Jesus is led by the Spirit into the wilderness, to be tempted by the devil. But Jesus is undaunted by the tempter’s insinuations (suggesting that God is not to be trusted).  “If you are the Son of God,” begins the tempter, appealing to that deep sense of lack at the core of every human being.  But Jesus does not suffer such lack of being, for his life is rooted in his Father’s love, and his desires are formed by desiring what his Father desires.

In the kingdoms of this world, it is often difficult to recognize the face of temptation.  If only the devil had a face, and could be recognized!  Sin is woven into the very fabric of the society in which we live, into its structures, politics, systems and values.  It can be extremely difficult to recognize sin when it is an accepted part of our everyday lives.  Jesus’ relation to his Father models for us the possibility of freedom from this pervasive power of sin.

"Christ in the Wilderness,” by Briton Riviere, available at http://fineartamerica.com/featured/christ-in-the-wilderness-briton-riviere.html

“Father, Forgive Them,” by James B. Janknegt, available at http://www.bcartfarm.com
Posted by aplm2013.blogspot.com
Email ThisBlogThis!Share to TwitterShare to FacebookShare to Pinterest