Preacher's Study - Presentation of the Lord, 2014

Thoughts on next Sunday’s sermon,
The Presentation of our Lord in the Temple
(also known as Hypapante, or Candlemas),
February 2 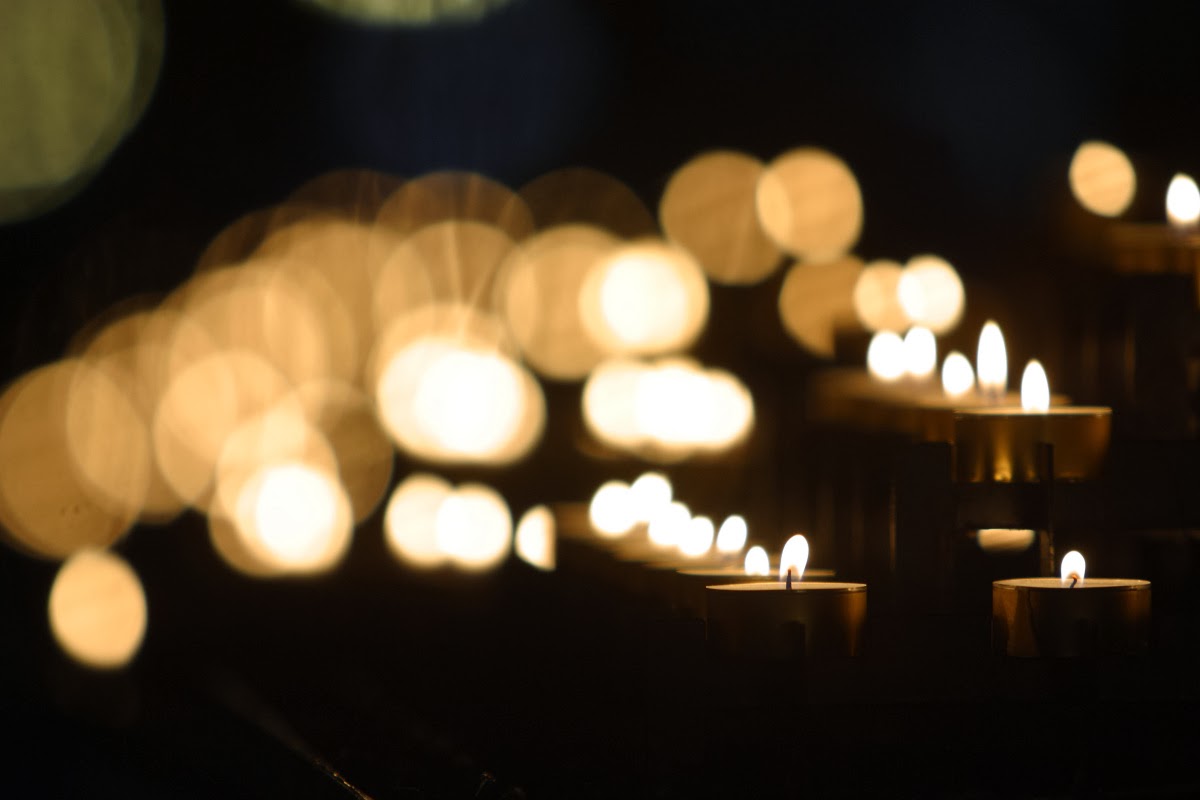 The great feasts of the Church are like lighthouses, sending their radiance both ahead of them and behind. Easter, for example, illumines all of Lent, and reaches to its last Sunday, Pentecost. Christmas too, warms Advent with expectation, and relishes its Good News for well over a month, a period ending this coming Sunday, February 2.  So rather than approach Candlemass  as an individual feast, unrelated to anything, I suggest we look at it in the light of Christmas.
For Jesus is "A light to enlighten the Gentiles, and the Glory of your people Israel," as Simeon proclaims.

Luke´s story combines two different Jewish observances in one action: the Purification of Mary and the Presentation of Jesus.  Observing the law, Mary comes to be restored after giving birth, which according to the Torah, rendered her ritually unable to approach the Temple (see Nu 12).   She and Joseph are the embodiment of the majority of Jews, who, illiterate and too poor to offer any sacrifice, lived perennially in a state of ritual defilement or "sin."

She also comes to present Jesus, offering him to God as her first born male (see Ex 13), who unblemished, is fit for priesthood, thereby doing his pydion ha-ben,  just as Hanna had  presented Samuel (see 1 Sa 1:22-28).

They offer two turtledoves – the offering prescribed for the poor who cannot afford a lamb: one dove for a burnt sacrifice, the other for a sin offering, removing the defilement. The couple also probably paid five shekels, but Luke leaves this detail out. 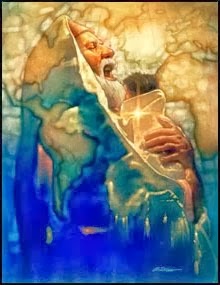 Very kosher.  Upon this very Jewish scene, Luke weaves his very own Epiphany (remember, the visit of the Magi is a Matthean pericope).  For Simeon recognizes Jesus as the "..light to enlighten the gentiles, and the Glory (Shekinah, or the glorious presence of God) of your people Israel."   This light, born in darkest night, has begun to shine and spread everywhere, both home (Israel) and abroad (Gentiles).  It is, as Luke has Zachariah sing about John the Baptist, (Lk 1: 78-79)  "...a light to shine on those in darkness and the shadow of death; to lead our feet into the way of peace."

The Feast of the Presentation and Purification dates from Jerusalem in the late fourth century (381-4 AD).  It was initially celebrated on February 14 --40 days after the January 6 celebration of the Nativity.  In Orthodoxy it bears the name of Hypapante, or the Feast of the Meeting (ie., Simeon and Anna meet Christ). A procession with candles was added to the beginning of the Eucharist in the early 700´s, hence its other name, Candlemass.  It was natural that, within a few years, the candles would be blessed.  By then the feast from the East was meeting local pagan observances of Imbolc in Northern Europe.

Observed at the midpoint between the Winter solstice and the Spring equinox (ie., February 1 or 2), Imbolc was a feast of potentialities: it marked the first milking of ewes and the nascent Spring, along with the lengthening of days and the gradual warming of the earth. It was also an ocassion for spring cleaning – specially of the hearths – and, as any gardener knows, cleaning up dead growth before the new shoots emerge.  Already, today, small shoots are venturing out of the ground and buds are starting to swell, even though here in New Mexico night temperatures can fall to the single digits!

Luke´s story, however, is not all wine and roses.  It contains a dire warning: this light comes for "the rise and fall of many in Israel," for as Luke had promised in the Magnificat, the poor will rise to healing and shalom while the rich shall be sent away empty – specially the Pharisees and teachers of the law who will be judged by the cross.

The Light is a troublemaker. It will "reveal the inner thoughts of many a heart," exposing their deepest secrets;  it blazes into the darkest corners, uncovering what is hidden and unearthing what is buried.   It is indeed a two-edged sword, God´s Word made human.  It will demand that we walk with integrity (Ps. 84:11 – Indeed, the whole of Ps 84 is a perfect fit for this pericope).

This light, according to the first reading, is like a refiner's fire or a fuller's soap, purifying gold or silver and cleansing freshly woven wool until Israel can present an offering to the Lord in righteousness as in the days of yore.  The implication is, of course, that Israel was not able to offer anything in righteousness (justice). In Jesus’ time the Temple priesthood had abandoned their integrity and defiled God´s house by selling themselves out to the invading Roman principalities and powers.  But Christ comes to purify the Temple and to shine integrity upon God´s people and their worship in sincerity and truth.

So Luke stresses that we cannot enjoy the light and warmth of Christ without also welcoming the purification that it brings, a cleansing of the inner clutter of insecutity, lack of focus, deceitfulness, culling favor, and so on. This inner "Imbolc" must be undertaken (and the coming Lent will give us the opportunity) in order for the Light to do its work in us and our communities. 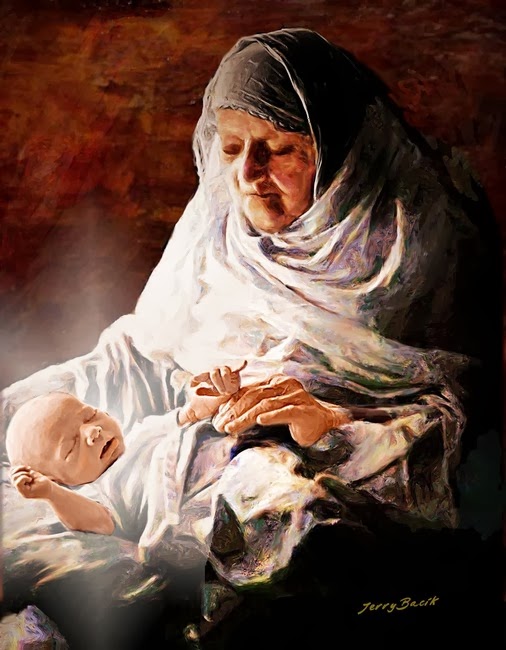 Luke also suggests that Simeon and Anna have a specific skill given by the Spirit: to be able to see the light of the world in the poor and insignificant, already emerging like tiny green shoots –the first fruits of God´s Reign of justice and peace.

So, dear preacher, perhaps you can point to and name the local green shoots of justice and peace already emerging in your neighborhood, and the clean-up that they demand from us.

Oh, yes, and play with candles too! 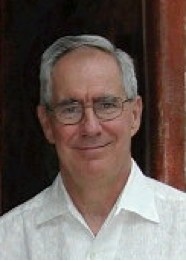 Juan Oliver is a member of the International Anglican Liturgical Consultation, Societas Liturgica, and The Council of The Associated Parishes for Liturgy and Mission, as whose president he served from 1997 to 2001.  He´s retired in Santa Fe, NM.
Posted by aplm2013.blogspot.com
Email ThisBlogThis!Share to TwitterShare to FacebookShare to Pinterest